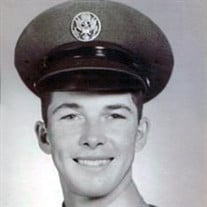 Zed Dallas “Ted” Goodson, age 84, of the Alvarado Community went home to Jesus on Saturday, February 21, 2015 at Johnston Memorial Hospital in Abingdon, Virginia. He was born March 14, 1930 to the late Ralph and Bessie Goodson. He was a veteran of the U.S. Air Force during the Korean Conflict and later worked and retired from the Civil Service at Dover Air Force Base in Dover, Delaware after 40 years of service. After his retirement, he spent the next 30 years of fulfilling his dream of being a farmer. Ted was a past Delaware State Archery Champion two years in a row. He was a member of the Russ Hollow Church in Abingdon, Virginia. He left behind to cherish his memory his loving wife, Evelyn Frances Goodson; his children, Rachel Goodson and her husband, Tom Soehnlen of Meadowview, Virginia, Zed “Teddy” Goodson, Jr. of Blountville, Tennessee, Linda Smith and her husband, Mark, of Bristol, Virginia, Patricia Rutledge of Bristol, Tennessee, and Art Morrison of Abingdon, Virginia; three brothers, Don Goodson of Abingdon, Virginia, Sammy Goodson of Rainelle, West Virginia, and Jack Goodson of Kenton, Delaware; three grandchildren, William Goodson, Pamela Goodson, and Brett Goodson; six great grandchildren, several nieces and nephews, and his beloved dogs and cats. A memorial service will be conducted at 2:00 P.M. Thursday, March 12, 2015 in the Riverview Chapel at Garrett Funeral Home with Rev. Jim Singleton officiating. Military Honors will be conducted by the Highlands Veterans Honor Guard and the U.S. Air Force Burial Detail. The family will have a gathering of friends from 1:00 P.M. to 2:00 P.M. Thursday prior to the memorial service at the funeral home. In lieu of flowers, the family requests memorial contributions be sent to the Washington County Porter Animal Shelter, 27252 Porter Lane, Abingdon, VA 24211. Online condolences may be sent to the family and a memorial video tribute may be viewed by visiting www.garrettfuneralhome.com. Mr. Goodson and his family are in the care of Garrett Funeral Home, 203 N. Shady Ave., Damascus, VA 24236, ph.#: (276)-475-3631.

The family of Zed Dallas "Ted" Goodson created this Life Tributes page to make it easy to share your memories.

Send flowers to the Goodson family.