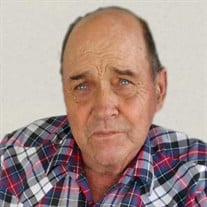 Wayne Cannon, Sr.,71, of Glade Spring, VA passed away on Monday, October 25, 2021 at his residence. He was a lifelong resident of Washington County, VA born on July 11, 1950, a son of the late Harley and Josephine Cannon. In addition to his parents, he was preceded in death by three brothers, James Cannon, Lamuel Cannon, and Bob Cannon; and one sister, Ollie Thomas. He was a heavy equipment operator and was a member of the International Union of Operating Engineers, Local 147. Wayne enjoyed going camping, hunting, and fishing. He was of the Christian faith. He is survived by his loving wife of 52 years, Annie Cannon, one son, Wayne "Peanut" Cannon, Jr. and his wife, Angela; one daughter, Josie Cannon; his step-mother, Thelma Cannon; three grandchildren, Christopher Cannon and his wife, Karrington, Ricky Cannon, and Christina Kestner; three great grandchildren, Jaidyn Cannon, Bella Cannon, and Alina Bennett; four sisters, Rosie Salyers, Phyllis Jessee and her husband, Conrad, Linda Steffey and her husband, Sam, and Brenda Caywood and her husband, Kink; three brothers, Charlie Cannon, David Cannon and his wife, Kristie, and Tim Cannon and his wife, Jessie; and several nieces and nephews. The family will receive friends from 6:00 pm until 8:00 pm Wednesday, October 27, 2021 at Garrett Funeral Home. The funeral service will be conducted at 11:00 am Thursday, October 28, 2021, at the graveside at Rush Creek Cemetery with Pastor Kenneth Poston officiating. Pallbearers will be Chris Cannon, Ricky Cannon, Ernie Riley, Jimmy Riley, Jay Davenport, and Joe Cannon. Honorary Pallbearers will be Bill Cannon, Hugh Buck Barlow, Wayne Compton, and David Hancock. Those who wish to attend the graveside service are asked to meet at the funeral home by 10:30 am Thursday to go in procession to the cemetery. Condolences for the family may be sent and viewed by visiting www.garrettfuneralhome.com. Mr. Cannon and his family are in the care of Garrett Funeral Home, 203 N. Shady Ave., Damascus, VA 24236; ph.#: (276) 475-3631.

Wayne Cannon, Sr.,71, of Glade Spring, VA passed away on Monday, October 25, 2021 at his residence. He was a lifelong resident of Washington County, VA born on July 11, 1950, a son of the late Harley and Josephine Cannon. In addition to his... View Obituary & Service Information

The family of Wayne Cannon, Sr. created this Life Tributes page to make it easy to share your memories.

Send flowers to the Cannon family.