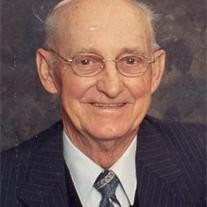 Roy E. Neely, age 76, of the Sutherland Community, passed away on Thursday, June 16, 2005, in Holston Valley Medical Center, Kingsport, Tennessee. He was a native of Johnson County, Tennessee and was a lifelong resident of the Sutherland Community. He was a son of the late Clinton and Frances Waters Neely. Mr. Neely was a great outdoorsman, he loved fishing, camping and farming. He was a member of the Sutherland Community Church. He is survived by his wife of 53 years, Evelyn Neely, of the home; two sons, Douglas Neely and his wife, Beth, of Damascus, Virginia and Donald Neely and his wife, Jennifer, of Meadowview, Virginia; one daughter, Karen Shutt and her husband, Stephen, of Damascus, Virginia; two granddaughters, Allison and Aimee; one grandson, Shane; two brothers, Henry Neely, of Kennett Square, Pennsylvania and Bill Neely, of Birmingham, Alabama; and several nieces and nephews. The funeral service will be conducted at 8:00 P.M. Saturday, June 18, 2005, in the Garrett Funeral Home Chapel with Mr. Harley Farmer officiating. The committal service and interment will be at 2:00 P. M. Sunday, June 19, 2005 at Sutherland Community Cemetery, Shady Valley, Tennessee with Pastor Bill Worley officiating. Family, friends, and pallbearers will meet at the Neely residence and go in procession to the cemetery. Pallbearers will be Harold Manuel, Chris Manuel, Marty Manuel, Stephen Shutt, Bill Woods, and Tom Rash. Honorary pallbearers will be the mountain gang and fishing buddies. The family will receive friends from 6-7:45 P.M. Saturday, prior to the funeral service at Garrett Funeral Home. Online condolences may be sent to the family may be viewed at www.garrettfuneralhome.com. Mr. Neely and his family are in the care of Garrett Funeral Home, 203 N. Shady Ave., Damascus, Virginia. (276) 475-3631.

Roy E. Neely, age 76, of the Sutherland Community, passed away on Thursday, June 16, 2005, in Holston Valley Medical Center, Kingsport, Tennessee. He was a native of Johnson County, Tennessee and was a lifelong resident of the Sutherland... View Obituary & Service Information

The family of Roy Neely created this Life Tributes page to make it easy to share your memories.

Roy E. Neely, age 76, of the Sutherland Community, passed away...

Send flowers to the Neely family.