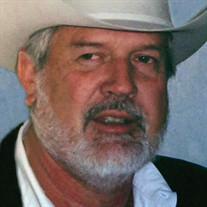 Roger E. Reedy, 73, of Glade Spring, VA went to be with his Lord on Easter morning, Sunday, April 1, 2018 following an extended illness. He was a life long resident of Washington County, VA and was preceded in death by his mother, Velma Reedy; and one brother, Robert "Bob" Reedy. He was a veteran of the U.S. Army during the Vietnam Era and was a life member of the V.F.W. and a past commander of the American Legion. He was the owner/operator of Roger's Trading Post. Roger was of the Baptist faith and enjoyed spreading the gospel and playing with his beloved canine companions. Roger is survived by his wife, Helen L. Reedy; one daughter, Robin Reedy Cavender of Damascus, VA; one granddaughter, Kristin Cavender, a senior at UNG in Cumming, GA; one step-son, Jerry Shelar and his wife, Vivian, of Honaker, VA; two step-granddaughters, Whitney Marrs and Abigail Marrs; a special friend and caregiver, Rita Velazquez of Mountain City, TN; and several nieces and nephews. The family will receive friends from 6:00 pm until 7:45 pm Tuesday, April 3, 2018 at Garrett Funeral Home. The funeral service will follow at 8:00 pm Tuesday, April 3, 2018, in the Riverview Chapel at Garrett Funeral Home with Pastor Roger Boyer, Pastor Terry Compton, and Pastor Greg Blackburn officiating. The committal service and interment will be conducted at 11:00 am Wednesday, April 4, 2018 at Laurel Valley Cemetery in Troutdale, VA with military rites conducted by the U.S. Army National Guard Honor Guard and the Highlands Veterans Honor Guard. Pallbearers will be Adam Rouse, Fred Ward, Joseph Dalia, Jessee Ray, Barry Breeland, and Nate Delp. Honorary pallbearers will be Larry Rouse and Dr. Shams. In lieu of flowers, the family is requesting that donations be made to American Kidney Foundation, 11921 Rockville Pike, Suite 300, Rockville, MD 20852. Condolences for the family may be sent and viewed by visiting www.garrettfuneralhome.com. Mr. Reedy and his family are in the care of Garrett Funeral Home, 203 N. Shady Ave., Damascus, VA 24236; ph.#: (276) 475-3631.

Roger E. Reedy, 73, of Glade Spring, VA went to be with his Lord on Easter morning, Sunday, April 1, 2018 following an extended illness. He was a life long resident of Washington County, VA and was preceded in death by his mother, Velma Reedy;... View Obituary & Service Information

The family of Roger E. Reedy created this Life Tributes page to make it easy to share your memories.