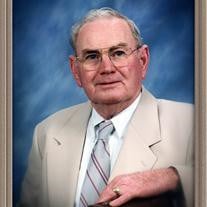 (To view Video Tribute you need a Broadband - DSL or Cable - connection) Robert E. Hall, age 75, of Damascus, Virginia, passed away Thursday, October 12, 2006 at Mountain City Care Center in Mountain City, Tennessee. He was a native of Grayson County, Virginia and had lived in Washington County, Virginia most all his life. He was preceded in death by his wife, Janet Hall. Mr. Hall was a carpenter by profession, a fisherman for life and he also enjoyed hunting. He was a member of the Shady Valley Victory Baptist Church in Shady Valley, Tennessee. He is survived by one daughter, Patty Thompson and her husband, Rick, of Shalimar, Florida; two sons, David Hall, of Colorado and Robert Hall and his wife, Rita, of Vinton, Virginia; a loving companion, Jean Neal, of Shady Valley, Tennessee; four sisters, Reva Hoggard, of Raleigh, North Carolina, Erma Bogle, of Bland, Virginia, Ieta Blevins, of Marion, Virginia, and Andrea Pervalt, of Coatsville, Pennsylvania; two brothers, Greer Hall, of Nottingham, Pennsylvania and Kenneth Hall, of Salisbury, North Carolina; six grandchildren; two great grandchildren; and several nieces and nephews. The funeral service will be conducted at 1:00 P.M. Monday, October 16, 2006 at the Garrett Funeral Home Chapel with Rev. Eddie Porter officiating. Burial will follow in the Sunset Memorial Park in Damascus, Virginia. Pallbearers will be selected from family and friends. In lieu of flowers, the family requests memorial contributions may be sent to the Shady Valley Victory Baptist Church, c/o Carlene Presnell, 3377 Orchard Road, Shady Valley, TN 37688. The family will receive friends from 7-9:00 P.M. Sunday, October 15, 2006 at Garrett Funeral Home. Condolences may be sent to the family and a video memorial tribute may be viewed at www.garrettfuneralhome.com. Mr. Hall and his family are in the care of Garrett Funeral Home, 203 N. Shady Ave., Damascus, VA 24236, 276-475-3631.

The family of Robert Hall created this Life Tributes page to make it easy to share your memories.

Send flowers to the Hall family.