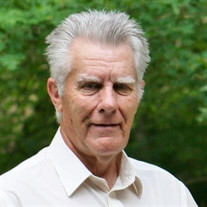 Revelation 3:20 - Behold, I stand at the door, and knock: If any man hear my voice, and open the door, I will come in to him, and will sup with him, and he will be with me. Pastor Robert William Griffin, Jr., 72, of Shady Valley, Tennessee passed away Thursday, August 6, 2015 at his home. He was a native of the Sutherland Community in Johnson County, TN. A son of the late Robert and Leona Griffin. In addition to his parents, he was preceded in death by two sisters, Elizabeth Sharpe and Ruby Ann Smallwood. Pastor Griffin sang with his parents and siblings in a gospel quartet known as the Griffin Family. He continued this tradition with his wife and children. He served in the United States Army from 1960 to 1964 as a Radio Technician stationed in Germany and France. He first pastored Free Zion Baptist Church in Abingdon, VA. He was also the former pastor of the Sutherland Community Church in Shady Valley, TN. He was the current pastor of Faith Missionary Baptist Church where he served for over 20 years. Pastor Griffin is survived by his loving wife of 49 years, Barbara Griffin, two daughters, Amy B. Gaines and husband, Gregory and Lessie S. Harrison and husband, Jason; two sons, Robert "Bill" William Griffin, III and wife, Patricia and David S. Griffin and wife, Christina; four grandchildren, Ashley N. Griffin, Adrielle C. Harrison, Avery J. Hopkins, and Iris M. Hopkins; three sisters, Doris Autry of Shady Valley, TN, Mary Murphy of Kenner, LA, and Joyce Campbell and husband, Danny of Shady Valley, TN; one brother, Don Griffin and wife, Alma of Shady Valley, TN; several nieces and nephews. A memorial service will be held at 2:00 P.M. on Saturday, August 22, 2015 at Soul's Harbor Church in Damascus, Virginia. In lieu of flowers, the family is requesting that donations be made to the building fund of Faith Baptist Church, P.O. Box 784, Damascus, VA 24236. Condolences for the family may be sent and viewed by visiting www.garrettfuneralhome.com. Pastor Griffin and his family are in the care of Garrett Funeral Home, 203 North Shady Ave. Damascus, VA (276) 475-3631.

Revelation 3:20 - Behold, I stand at the door, and knock: If any man hear my voice, and open the door, I will come in to him, and will sup with him, and he will be with me. Pastor Robert William Griffin, Jr., 72, of Shady Valley, Tennessee... View Obituary & Service Information

The family of Pastor Robert William Griffin, Jr. created this Life Tributes page to make it easy to share your memories.

Send flowers to the Griffin family.