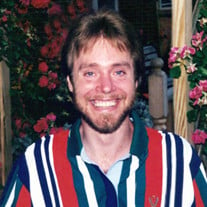 Rick Huffman, 57, of Damascus, Virginia passed away on Monday, June 20, 2016 in the Johnson City Medical Center, Johnson City, Tennessee. He was a life long resident of Damascus, Virginia. He was preceded in death by his father, Blaine Huffman, and a brother, Mike Huffman. After his spinal cord injury in 1982, Rick became a major advocate for the disabled. He worked to establish the Appalachian Independence Center in Abingdon, Virginia and he was a Board Member of the Legal Aid Society. Rick was a member of First Baptist Church, Damascus. Rick is survived by his loving caretaker of 24 years, Shelia Cook and her son, Anthony Cook, whom Rick loved like a son; a daughter, Michelle Jackson and her husband, Jeremy, of Sophia, North Carolina; his mother, Barbara Huffman of Damascus, Virginia; a brother, Jeff Huffman and his wife, Ronda, of Bristol, Tennessee; two grandchildren, Violet Jackson and Lily Jackson; a sister-in-law, Jamie Huffman of Damascus, Virginia; and several nieces and nephews. The funeral service will be conducted at 2:00 pm Tuesday, June 28, 2016, at the First Baptist Church in Damascus, Virginia with Pastor Greg Alderman officiating. The committal service and interment will follow at Laurel Cemetery in Troutdale, Virginia. Pallbearers will be Jeremy Jackson, Garrett Huffman, Tim Watson, Michael Watson, Travis Singleton, and Cory Singleton. Honorary Pallbearers will be Rick Singleton and Terry Garrett. Condolences for the family may be sent and viewed by visiting www.garrettfuneralhome.com. In lieu of flowers, a gift in Rick's memory to the youth program at First Baptist Church, P.O. Box 993, Damascus, VA 24236 would be appreciated. Mr. Huffman and his family are in the care of Garrett Funeral Home, 203 N. Shady Avenue, Damascus, VA 24236; ph.#: (276) 475-3631.

The family of Rick Huffman created this Life Tributes page to make it easy to share your memories.

Rick Huffman, 57, of Damascus, Virginia passed away on Monday,...