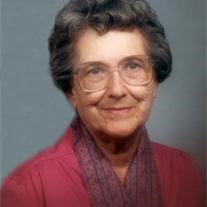 Reba Warner Simerly, age 87, of Mountain City, Tennessee, passed away on Saturday, March 12, 2011 at Mountain City Care Center in Mountain City, Tennessee. She is a native of Zionville, North Carolina and was the daughter of the late Charles and Faye Younce Warner. She had lived in Fort Walton Beach, Florida for twenty years prior to moving to Damascus, Virginia in 2000.  She was an active member of Wright Baptist Church in Fort Walton Beach, Florida and First Baptist Church in Damascus, Virginia. Mrs. Simerly was a full time volunteer at Westwood Retirement Center in Fort Walton Beach. In addition to her parents, she was also preceded in death by her husband, George Simerly; two sons, Cully Simerly and Gary Simerly; her step-father, Frank Smythe; and one sister, Helma “Dolly” Shoun.  She is survived by Mickey and Tonya Simerly, Dean and Eddie Brooks, Jo Ellen Shoun, Reba Gail and Jack Taylor, Debbie and Gene Stevenson, Stuart and Reba Shoun, Conrad and Marge McNeer, Phoebe and Jim Cartwright, Joan and David Gillenwalters, and many grandchildren and great grandchildren.  The funeral service will be conducted at 11:00 A.M. Tuesday, March 15, 2011 in the Riverview Chapel at Garrett Funeral Home with Rev. Wayne Guynn officiating. The family will receive friends from 10:00 A.M. to 11:00 A.M. Tuesday prior to the funeral service at the funeral home. The committal service and interment will be at 2:00 P.M. Tuesday following the funeral service at Zionville Baptist Church Cemetery in Zionville, North Carolina. In lieu of flowers, the family requests memorial contributions be sent to First Baptist Church, P.O. Box 993, Damascus, VA 24236. Reba’s greatest joys were her family, her church, children of all ages, and her Chihuahuas, Bullit and Alita. Online contributions may be sent to the family and viewed by visiting www.garrettfuneralhome.com. Mrs. Simerly and her family are in the care of Garrett Funeral Home, 203 N. Shady Avenue, Damascus, VA 24236, 276-475-3631.

The family of Reba Simerly created this Life Tributes page to make it easy to share your memories.

Send flowers to the Simerly family.