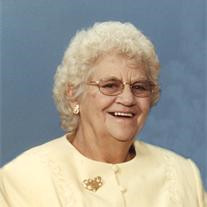 Mary Kathleen Fuller, age 81, of Damascus, Virginia, went to be with the Lord on Saturday, February 26, 2011 at Johnston Memorial Hospital in Abingdon, Virginia. Mrs. Fuller was born on August 30, 1929 in Washington County, Virginia and was the daughter of the late Charles and Mary Trent. She had lived in Martinsville, Virginia for seventeen years prior to moving back to Damascus, Virginia in 1970. Kathleen and her husband, William, were baptized by Rev. Gary Ritchie on June 15, 2008. She loved to can her vegetables in the summer and work in the garden. Her favorite hobby was her flowers. She was a devoted wife, mother, maw-maw, grandma honey, and great maw-maw. Everyone that knew her loved her. In addition to her parents, she was also preceded in death by two brothers, Fred Trent and Jack Trent, and two sisters, Louise Alexander and Annabelle Pierce.  She is survived by her loving husband of 60 years, William Ezra Fuller; one daughter, Mildred F. Perkins of Bristol, Tennessee; five sons, Jr. Fuller and his wife, Brenda, of Bassett, Virginia, Jimmy Fuller and his wife, Donna, Roger Fuller and his wife, Jan, and David Fuller and his wife, Gloria, all of Damascus, Virginia, and Fred Fuller and his wife, Pam, of Gray, Tennessee; 11 grandchildren, 11 great grandchildren, and several nieces and nephews.  The funeral service will be conducted at 8:00 P.M. Monday, February 28, 2011 in the Riverview Chapel at Garrett Funeral Home with Rev. Gary Ritchie officiating. The family will receive friends from 6:00 P.M. to 7:45 P.M. Monday prior to the funeral service at the funeral home. Pallbearers will be her sons, Jr. Fuller, Jimmy Fuller, Roger Fuller, David Fuller, Fred Fuller, and grandsons, Billy Fuller and Jason Fuller. Honorary pallbearers will be Larry Ginn, and grandsons, Brad Mullins and Rylan Atwood. The committal service and interment will be at 11:00 A.M. Tuesday, March 1, 2011 at Sunset Memorial Park in Damascus, Virginia. Online condolences may be sent to the family and a memorial video tribute may be viewed by visiting www.garrettfuneralhome.com. Mrs. Fuller and her family are in the care of Garrett Funeral Home, 203 N. Shady Avenue, Damascus, VA 24236, 276-475-3631.

Mary Kathleen Fuller, age 81, of Damascus, Virginia, went to be with the Lord on Saturday, February 26, 2011 at Johnston Memorial Hospital in Abingdon, Virginia. Mrs. Fuller was born on August 30, 1929 in Washington County, Virginia and was... View Obituary & Service Information

The family of Mary Fuller created this Life Tributes page to make it easy to share your memories.

Send flowers to the Fuller family.