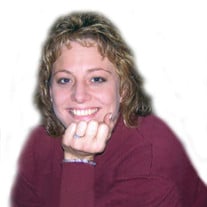 Lisa Storie Mann, age 44, of Taylor Valley, Virginia, passed away Friday, February 27, 2015 at Johnston Memorial Hospital in Abingdon, Virginia. She was born in Kings Mountain, North Carolina and had lived in Laurel Bloomery, Tennessee and Damascus, Virginia. She is the daughter of Clifton and Shirley Storie of Mountain City, Tennessee. Lisa attended school at Twelve Oaks Academy and graduated in 1988 from Crest High School in Shelby, North Carolina. Later she graduated from the Criminal Justice Academy in Columbia, South Carolina. She was currently the kitchen manager at the Cavalier Café and also worked along side her husband, Steve, at the Bike Station in Damascus, Virginia. She attended One Way Ministries in Damascus and loved volunteering her time in helping out at It’s a God Thing. In addition to her parents, she is survived by her husband, Steve Mann; one daughter, Kristin Storie Jones and her husband, David, of Nashville, Tennessee; one son, David Alexander of Shelby, North Carolina; two grandchildren, Alyssa Mann and Aliyah Mann; a special nephew, Sam Hahn; and several aunts, uncles, cousins, and a host of friends. The family will receive friends from 6:00 P.M. to 7:45 P.M. Monday, March 2, 2015 at Garrett Funeral Home. The funeral service will follow at 8:00 P.M. Monday in the Riverview Chapel at Garrett Funeral Home with Mr. Glenn Griffith and Pastor Tom Prater officiating. The committal service and interment will be at 11:00 A.M. Tuesday, March 3, 2015 on the Mann family property in Taylor Valley, Virginia with Rev. Gary Ritchie officiating. In lieu of flowers, the family requests memorial contributions be sent to One Way Ministries and It’s A God Thing, P.O. Box 640, Damascus, VA 24236. Online condolences may be sent to the family and viewed by visiting www.garrettfuneralhome.com. Mrs. Mann and her family are in the care of Garrett Funeral Home, 203 N. Shady Ave., Damascus, VA 24236, ph.#: (276)-475-3631.

The family of Lisa Storie Mann created this Life Tributes page to make it easy to share your memories.

Send flowers to the Mann family.