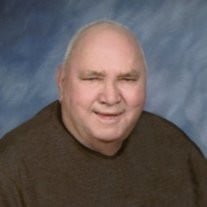 Leonard Tracy Hash, age 79, of Taylor’s Valley, Virginia, passed away Thursday, May 2, 2013 at Johnston Memorial Hospital in Abingdon, Virginia. He was born in East Gulf, West Virginia and had lived most of his life in Taylor’s Valley, Virginia. He was a son of the late Harrison and Blanche Hash. Mr. Hash was a retired U.S. Army Staff Sergeant after 20 years of service. He was a lifetime member of the V.F.W. Post # 9830 and a member of the Taylor Valley Church of Christ. In addition to his parents, he was also preceded in death by two sons, Rodger Hash and Calvin Hash; and a great grandchild, Peyton Steffey. He is survived by his wife, Opal Chambers Hash; two sons, Mark Hash and his wife, Eva, of Taylor’s Valley, Virginia and David Hash of Laurel Bloomery, Tennessee; one brother, Calvin Lewis Hash of Crestview, Florida; 10 grandchildren, 9 great grandchildren, and several nieces and nephews. The funeral service will be conducted at 8:00 P.M. Monday, May 6, 2013 in the Riverview Chapel at Garrett Funeral Home with Mr. Maurice Widener, minister officiating. The committal service and interment will be at 11:00 A.M. Tuesday, May 7, 2013 at Jackson-Lewis Cemetery in Taylor’s Valley, Virginia with military graveside rites conducted by the Highlands Veterans Honor Guard and the Virginia National Guard Honor Guard. In lieu of flowers, the family requests memorial contributions be sent to the Taylor Valley Church of Christ, c/o Mark Hash, 23607 Taylor Valley Road, Damascus, VA 24236. The family will receive friends from 6:00 PM to 7:45 PM Monday prior to the funeral service at Garrett Funeral Home. Online condolences may be sent to the family and viewed by visiting www.garrettfuneralhome.com. Mr. Hash and his family are in the care of Garrett Funeral Home, 203 N. Shady Ave., Damascus, VA 24236, (276)-475-3631.

The family of Leonard Tracy Hash created this Life Tributes page to make it easy to share your memories.