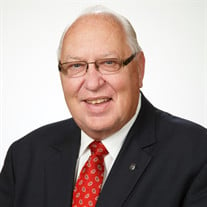 Pastor Kenneth B. Meredith, 70, of Damascus, VA passed away on Wednesday, January 18, 2017 at his home. He was born in Chilhowie, VA. on May 26, 1946, a son of the late Robert Lee Meredith and Stella Bonham Meredith. He was a native of Chilhowie, VA and graduated from Chilhowie High School. He had lived in Bluefield, VA for 21 years before moving to Lebanon, VA where he served as a pastor at a local church there. He moved to Damascus, VA in 2012 where he was the current pastor at Wright's Chapel, Laurel Community Church and Zion United Methodist Church. He was the co-chaplain of the Damascus Volunteer Fire Department and had many tent revivals all over Southwest Virginia. Ken retired after 20 years as a bus driver for Tazewell County Schools in VA. He was a member of the Damascus Senior Citizens and drove the bus for District 3 of the Senior Citizens. Ken also drove a charter bus for many years for Premier Transportation, and was a funeral attendant for Garrett Funeral Home. Kenneth is survived by his son, Robbie Meredith of Damascus, VA and a daughter, Kim Gordon and husband, Brian, of Lancaster, SC; their mother, Joan Hinkle; two grandchildren, A.J. and Austin Gordon; four sisters, Wanda Echols of Chilhowie, VA, Lynn White of Marion, VA, Janet Todd of Meadowview, VA, and Betty Musser of Marion, VA; and five nieces and one nephew. The family will receive friends from 12:00 Noon until 2:00 PM Sunday, January 22, 2017 at Garrett Funeral Home. The funeral service will follow at 2:00 PM Sunday in the Riverview Chapel at Garrett Funeral Home with Bro. Anthony Milhorne and Pastor Greg Alderman officiating. The committal service and interment will follow at St. James Lutheran Church Cemetery, Chilhowie, VA where a last call ceremony will be conducted by the Damascus Volunteer Fire Department. Pallbearers will be his fellow firemen at Damascus Volunteer Fire Department. Online condolences for the family may be sent and viewed by visiting www.garrettfuneralhome.com. Mr. Meredith and his family are in the care of Garrett Funeral Home, 203 N. Shady Ave., Damascus, VA 24236; ph.#: (276) 475-3631.

Pastor Kenneth B. Meredith, 70, of Damascus, VA passed away on Wednesday, January 18, 2017 at his home. He was born in Chilhowie, VA. on May 26, 1946, a son of the late Robert Lee Meredith and Stella Bonham Meredith. He was a native of Chilhowie,... View Obituary & Service Information

The family of Pastor Kenneth B. Meredith created this Life Tributes page to make it easy to share your memories.

Pastor Kenneth B. Meredith, 70, of Damascus, VA passed away on...

Send flowers to the Meredith family.