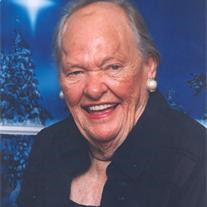 ""videos.lifetributes.com/71438 Katrina V. Hart, age 82, of Konnarock, Virginia, passed away on Tuesday, May 26, 2009 at Johnston Memorial Hospital in Abingdon, Virginia. She was a lifelong resident of Konnarock , Virginia. She was a daughter of the late Avery and Maggie Shumate. Mrs. Hart was a member of Azen Baptist Church, Konnarock, Virginia. In addition to her parents, she was also preceded in death by her husband, Tonnie Hart and one son, Jimmy Pennington. She is survived by one daughter, Wanda Pennington Hayes and her husband, Benny, of Konnarock, Virginia; one son, Nelson E. Hart, of Damascus, Virginia; one brother, French Shumate, of Kennett Square, Pennsylvania; six grandchildren including Selina Saltz of Damascus, who was like a daughter; special friend, Sheila O?Quinn, of Abingdon, Virginia; eight great-grandchildren; and several nieces and nephews. The funeral service will be conducted 8:00 P. M. Friday, May 29, 2009 in the Garrett Funeral Home Chapel with Pastor Ronnie Blevins officiating. The committal service and interment will be at 10:00 A. M. Saturday, May 30, 2009 at Azen Cemetery, Konnarock, Virginia. Honorary pallbearers will be Danny Saltz, Devin Gregor, Chris Blevins, Jr., Bobby Fain, Keith Powers, Curtis Mink, Tanner Phillips, Eric Lindsoe, and Lawrence Blevins. The family will receive friends from 6-7:45 P. M. Friday prior to the funeral service at the funeral home. Online condolences may be sent and a memorial video tribute may be viewed by visiting www.garrettfuneralhome.com. Mrs. Hart and her family are in the care of Garrett Funeral Home, 203 N. Shady Street, Damascus, VA 24236, 276-475-3631.

The family of Katrina Hart created this Life Tributes page to make it easy to share your memories.

Send flowers to the Hart family.