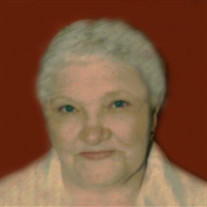 Kathy Sue "Sook" Whitten (May 28, 1928 ~ April 12, 2016) On April 12th of 2016 our beloved sister, aunt, and great aunt, Kathy Sue "Sook" Whitten went to be with the Lord. She was born to the late Noah and Sally Whitten of Damascus, Virginia. In addition to her parents, she was preceded in death by her son, Thomas William "Tommy" Whitten and several siblings. She was a native of Washington County, Virginia and had lived in Boston, Massachusetts from 1952 to 1990 before moving back to Abingdon, Virginia. While in Boston, she worked and retired from Trinidine Electronics. She was of the Baptist faith. She is survived by one sister, Donna Howell of Goldsboro, North Carolina; a special nephew, Terry Whitten and his wife, Regina, of Marion, Virginia; a special friend, Nancy Cregger; and several other nieces and nephews. The family would like to extend a special thanks to Valley Health Care and all the staff and doctors at Johnston Memorial Hospital for all their special care, love, and prayers. The family will receive friends from 1:00 pm until 2:00 pm Saturday, April 16, 2016 at Garrett Funeral Home. The funeral service will follow at 2:00 pm Saturday in the Riverview Chapel at Garrett Funeral Home with Rev. Mike Sage and Rev. Dwayne Mabry officiating. The committal service and interment will follow at Mock Cemetery in Damascus, Virginia. Pallbearers will be Johnny Cato, Jimmy Cato, Glen Foster Jr., Eran Martin, Jeff Jackson, and Rodney Whitten. Honorary Pallbearers will be Glen Foster Sr., James Anderson, Danny Plummer, and Donnie Foster. Online condolences for the family may be sent and viewed by visiting www.garrettfuneralhome.com. Ms. Whitten and her family are in the care of Garrett Funeral Home, 203 N. Shady Avenue, Damascus, VA 24236; ph.#: (276) 475-3631.

The family of Kathy Sue "Sook" Whitten created this Life Tributes page to make it easy to share your memories.

Send flowers to the Whitten family.