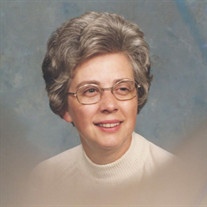 Joyce K. DeBusk, age 82, of Glade Spring, Virginia passed away on Friday, May 13, 2016 at Francis Marion Manor in Marion, Virginia. She was a native of Washington County, Virginia and grew up in McDowell County, West Virginia. She was a daughter of the late John S. DeBusk and Gladys Blevins DeBusk. After graduating in 1954, she was a very dedicated and compassionate nurse for 40 years and received top honors and the Dr. Phil Smith Award from Johnston Memorial Hospital in Abingdon, Virginia. She later received additional training and education from John Hopkins in Pediatrics and Psychology. She enjoyed working in the Pediatrics unit caring for all the children and giving them birthday parties. Later in her career, she went to work at Grace Hospital in Richmond, Virginia and then for the American Tobacco Company as the company nurse where she later retired. Joyce always expressed her appreciation for those who cared for her when she had medical issues and almost lost her life in 1963 to a drunk driver in Richmond. Her accomplishments were many an she had lots of friends both personally and professionally. Joyce is survived by her loving sister, Maxine Anderson of Glade Spring, Virginia; two nieces, Shelia Anderson Lewis and her husband, Randy, and Janet Anderson Marshall; one great niece, Mary Evans; and two great nephews, Jonathan Woody and Jason Marshall. The family would like to thank all the compassionate nurses, doctors, and hospice caregivers for Joyce, especially all the staff at Francis Marion Manor, Dr. Ryan, Dr. Cox, and Dr. Prestowitz. The family will receive friends from 12:00 Noon until 1:00 PM Tuesday, May 17, 2016 at Garrett Funeral Home. The funeral service will follow at 1:00 PM Tuesday in the Riverview Chapel at Garrett Funeral Home with Pastor Greg Alderman officiating. The committal service and interment will follow at Widener Valley Community Cemetery, Glade Spring, Virginia. Pallbearers will be selected from family and friends. In lieu of flowers, the family is requesting that donations be made to the Penny F. Garrett Sarcoma Foundation, 29394 Zion Church Road, Damascus, VA 24236 or the Alzheimer's Association, 207 N. Boone St. #1500, Johnson City, TN 37604 or to a favorite charity of one's choice. Online condolences for the family may be sent and viewed by visiting www.garrettfuneralhome.com. Ms. DeBusk and her family are in the care of Garrett Funeral Home, 203 N. Shady Avenue, Damascus, VA 24236; ph.#: (276) 475-3631.

The family of Joyce K. DeBusk created this Life Tributes page to make it easy to share your memories.

Send flowers to the DeBusk family.