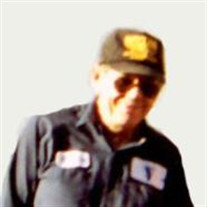 Stanley Walls, age 63, of Konnarock, Virginia passed away on Thursday, April 23, 2015 at Johnston Memorial Hospital in Abingdon, Virginia. He was a life long resident of Konnarock, Virginia and was a son of the late Galen and Wanda Walls. He was a retired truck driver. In addition to his parents, he was preceded in death by a brother, Ricky Walls. Stanley is survived by two sons, Shannon Walls of Konnarock, Virginia; and Jamie Walls and his wife, Sandy, of Chilhowie, Virginia; one grandson, Stephen Walls; one granddaughter, Stephanie Coe; and his companion, Rita Thweat. A graveside service and interment will be conducted at 10:00 am, Saturday, April 25, 2015, at Laurel Cemetery, Troutdale, Virginia with Rev. Jerry Fritz officiating. Online condolences for the family may be sent and viewed by visiting www.garrettfuneralhome.com. Mr. Walls and his family are in the care of Garrett Funeral Home, 203 N. Shady Avenue, Damascus, VA 24236. ph.#: (276) 475-3631.

The family of James Stanley Walls created this Life Tributes page to make it easy to share your memories.

Stanley Walls, age 63, of Konnarock, Virginia passed away on...

Send flowers to the Walls family.