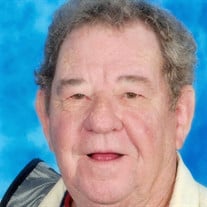 Lt Col, United States Army, Retired, James D. (Jim) Graham, 75, husband of Nathalie G. Graham, died Tuesday, August 19, 2014, at his home in Damascus, Virginia. The son of the late Heyward C. Graham and Vivian B. Graham, was born in Lancaster, SC on May 12, 1939. A graduate of Lancaster High School and Furman University (1961) with a BA in music. He entered the U.S. Army as a 2nd Lieutenant in 1962. He served many tours of duty stateside and abroad including Germany, Vietnam, Hawaii, and Korea and received many awards for his service to his country including the Bronze Star, the Meritorious Medal for service in Europe and Vietnam, the National Defense Service Medal for meritorious service to foreign governments. A veteran of the Vietnam Era, he was the representative of the United States Army to all countries of Southeast Asia. During his entire military career, his music continued to be a large part of his life. He directed chapel choirs and host-nation choirs to benefit public relations between America and the country in which he was stationed at the time. He sang in the opera houses of Europe and frequently performed musical productions around the world. Following his retirement in 1986, he joined the staff of the Assistant Secretary of Defense for Installations and served as the Director of the Office of Installations East where his territory included all military installations east of the Mississippi and Europe. His final position as a Federal Employee was Executive Director of Defense Logistics Agency, Europe. In that capacity, he directed the relocation of equipment throughout Europe an Middle East. Following his retirements as a civilian, he and his wife owned and operated a British Pub in London, England. They subsequently returned to the States and have owned and operated the Mountain Laurel Inn Bed and Breakfast in Damascus since 1999. Surviving him, in addition to his wife, Nathalie, are three children, five stepchildren, numerous grandchildren and great grandchildren, a sister, Beverly G. Bass and her husband, Rev. J. Anderson Bass, Jr., one niece and two nephews and their families. Jim served his country proudly and with distinction. The funeral service will be conducted at 9:00 A.M. Wednesday, December 17, 2014 at the Old Post Chapel in Fort Myer, Virginia. The committal service and interment will follow at Arlington National Cemetery with full military honors. Online condolences may be sent to the family by visiting www.garrettfuneralhome.com. Lt. Col. James D. (Jim) Graham and his family are in the care of Garrett Funeral Home, 203 N. Shady Ave., Damascus, VA 24236, ph.#: 276-475-3631.

The family of Lt Col James D. Graham created this Life Tributes page to make it easy to share your memories.

Send flowers to the Graham family.