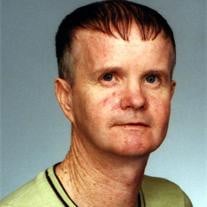 (To view Video Tribute you need a Broadband - DSL or Cable - connection) Harley Lee Reedy, age 64, of Damascus, Virginia passed away Friday, March 9, 2007, at Bristol Regional Medical Center. He was a lifelong resident of Washington County, Virginia. He was the son of the late Otis Perkins and Nola Reedy Perkins. In addition to her parents, he was preceded in death by his wife, Ruth Ann Reedy. He was an employee of Strongwell Corporation and was of the Baptist faith. He is survived by two sons, Edward Lee Reedy and Thomas Abraham Reedy, both of Damascus, Virginia; two brother, Bill Reedy, of Trade, Tennessee, and Jack McElyea, of Mountain City, Tennessee; one sister, Carol Vanover, of Mountain City, Tennessee; and several nieces and nephews. The funeral service will be conducted at 11:00 A.M. Tuesday, March 13, 2007 at the Garrett Funeral Home with Pastor Robert Griffin, Jr. officiating. The committal service and interment will follow in the Sunset Memorial Park, Damascus, Virginia. Pallbearers will be Roger Reedy, Bill Reedy, Larry Gentry, Jack McElyea, Lewis Hand, and Cody Rouse. Honorary pallbearers will be David Rouse and employees of Strongwell Corporation. The family will receive friends from 6-8 P.M. Monday, March 12, 2007 at Garrett Funeral Home. Condolences may be sent to the family and a memorial video tribute may be viewed by visiting www.garrettfuneralhome.com or fax condolences to 276-475-5902. Mr. Reedy his family are in the care of Garrett Funeral Home, 203 N. Shady Ave., Damascus, VA 24236, (276)-475-3631.

The family of Harley Reedy created this Life Tributes page to make it easy to share your memories.