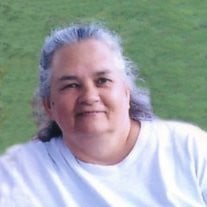 Grace Clark, age 58, of Damascus, Virginia, went to be with the Lord on Friday, April 12, 2013 at her residence. She was born in Wise, Virginia and had lived in Damascus, Virginia since 2000. She was a member of the Red Hat Society and also... View Obituary & Service Information

The family of Grace B. Clark created this Life Tributes page to make it easy to share your memories.