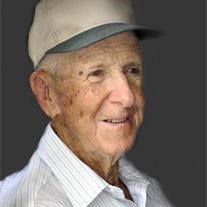 Glenn H. Severt, age 89, of Konnarock, Virginia passed away on Tuesday, August 9, 2011 at Bristol Regional Medical Center. He was a life long resident of Konnarock, Virginia and was a son of the late Walter and Inez Severt. He was a veteran of the U.S. Army during World War II and retired from the U.S. Forestry Service. He was a member of the Konnarock Seventh-Day Adventist Church. He enjoyed gardening, fishing, hunting, and especially bee keeping as a hobby. In addition to his parents, he was also preceded in death by his wife, Fern Severt; three sisters, Delta Reedy, Katherine Edwards, and Joan Huffman; and one brother, Earl Severt.  He is survived by one daughter, Glenda Taylor and her husband, Denver, of Whitetop, Virginia; two sons, Ernest Severt and his wife, Bernadine, and Ted Severt and his wife, Pam, all of Konnarock, Virginia; two sisters, Edna Blevins of Konnarock, Virginia, and Wilma Farmer of Whitetop, Virginia; one brother, John Severt of Konnarock, Virginia; three granddaughters, Amanda Brooks and her husband, Steven, Jennifer Davenport, and Jessica Harvey and her husband, Luke; one grandson, Mark Severt; and several nieces and nephews.  The funeral service will be conducted at 8:00 P.M. Thursday, August 11, 2011 in the Riverview Chapel at Garrett Funeral Home with Pastor David Tripp officiating. The committal service and interment will be at 11:00 A.M. Friday, August 12, 2011 at Azen Cemetery in Konnarock, Virginia. In lieu of flowers, the family requests memorial contributions be sent to the Mount Rogers Volunteer Rescue and Fire Department, P.O. Box 47, Whitetop, VA 24292. The family will receive friends from 6:00 P.M. to 7:45 P.M. Thursday prior to the funeral service at the funeral home. Online condolences may be sent to the family and a memorial video tribute may be viewed by visiting www.garrettfuneralhome.com. Mr. Severt and his family are in the care of Garrett Funeral Home, 203 N. Shady Ave., Damascus, VA 24236, ph.#: 276-475-3631.

The family of Glenn Severt created this Life Tributes page to make it easy to share your memories.

Glenn H. Severt, age 89, of Konnarock, Virginia passed away on...

Send flowers to the Severt family.