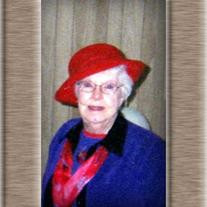 (To view Video Tribute you need a Broadband - DSL or Cable - connection)Gladys Killen Reagan, age 78, of Konnarock, Virginia, passed away on Saturday, April 14, 2007 at Bristol Regional Medical Center in Bristol, Tennessee. She was a native of Konnarock, Virginia, and had lived in Bristol, Tennessee, and worked at Bristol Regional Medical Center and the Crisis Center in Bristol for five years. She later helped her mother, Bernice Henderson Killen, manage and operate Mountain View Convalescent Home in Wytheville, Virginia. Mrs. Reagan moved back to Konnarock and had lived there for the past twenty-three years. She was a member of the Red Hat Society, an active member of the Damascus Senior Citizens and the Konnarock Seventh-Day Adventist Church. She was an avid gardener and an excellent cook. In addition to her parents, Mrs. Reagan was also preceded in death by a brother, Cecil W. Killen. She is survived by her husband, Ronald S. Reagan; one daughter, Esther Kaye Kilgour; three step-children, Ronald A. Reagan, Cynthia Reagan Black, and Kimberly R. Reagan; one sister, Delores Killen Greenwalt; three grandchildren; and several nieces and nephews. The funeral service will be conducted at 11:30 A.M. Tuesday, April 17, 2007 in the Konnarock Seventh-Day Adventist Church with Pastor Jim Cox officiating. The committal service and interment will follow at Azen Cemetery in Konnarock, Virginia. Pallbearers will be Jimmy Hoosier, Herman Hoosier, Wayne Taylor, Craig Killen, Curtis Killen, Andrew Reagan, and Josh Trivett. In lieu of flowers, the family requests that memorial contributions be sent to the Konnarock Seventh-Day Adventist Church , 41021 Rhymer Road, Damascus, VA 24236. The family will receive friends from 10:00 to 11:15 A. M. Tuesday prior to the funeral service at the church. Condolences may be sent to the family and a memorial video tribute may be viewed by visiting www.garrettfuneralhome.com or you may fax condolences to 276-475-5902. Mrs. Reagan and her family are in the care of Garrett Funeral Home, 203 N. Shady Ave., Damascus, VA 24236, (276) 475-3631.

(To view Video Tribute you need a Broadband - DSL or Cable - connection)Gladys Killen Reagan, age 78, of Konnarock, Virginia, passed away on Saturday, April 14, 2007 at Bristol Regional Medical Center in Bristol, Tennessee. She was a native... View Obituary & Service Information

The family of Gladys Reagan created this Life Tributes page to make it easy to share your memories.

Send flowers to the Reagan family.