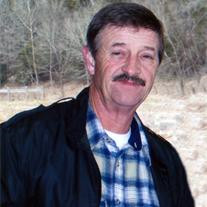 Freddie Allen Severt, age 60, of Damascus, Virginia, passed away Tuesday, July 20, 2010 at Bristol Regional Medical Center in Bristol, Tennessee after a brief illness. He was a life long resident of Damascus, Virginia and was the son of the late Jessie Vance Severt and Gladys Marie Osborne Severt. He was a graduate of Holston High School Class of 1968 and was employed at Abingdon Village and Terrace Apartments for twenty years. He was a member of the Church of Christ, Railroad Avenue, in Damascus, Virginia. In addition to his parents, he was also preceded in death by a twin sister, Reba. He is survived by two sisters, Shirley Weeks of Charlotte, North Carolina, and Louise VanHuss of Damascus, Virginia; four nephews and one niece. The funeral service will be conducted at 8:00 P.M. Thursday, July 22, 2010 in the Riverview Chapel at Garrett Funeral Home with Mr. Walt Staude and Mr. Bill Reece, ministers officiating. The committal service and interment will be at 11:00 A.M. Friday, July 23, 2010 at Sunset Memorial Park in Damascus, Virginia. Honorary pallbearers will be Roger Milhorne, Roy Davidson, Tommy Jones, “Doc” Blackburn, “Chuck” Bolling, and Randy Miller. In lieu of flowers, the family requests memorial contributions be sent to the Damascus Volunteer Rescue Squad, P.O. Box 458, Damascus, VA 24236. The family would like to extend a special thanks to all his friends for all their prayers, visits, and all the support they give during his time of illness. The family will receive friends from 6:00 P.M. to 7:45 P.M. Thursday prior to the funeral service at Garrett Funeral Home. Online condolences may be sent to the family and viewed by visiting www.garrettfuneralhome.com. Mr. Severt and his family are in the care of Garrett Funeral Home, 203 N. Shady Avenue, Damascus, VA 24236, ph.#: 276-475-3631.

Freddie Allen Severt, age 60, of Damascus, Virginia, passed away Tuesday, July 20, 2010 at Bristol Regional Medical Center in Bristol, Tennessee after a brief illness. He was a life long resident of Damascus, Virginia and was the son of the... View Obituary & Service Information

The family of Freddie Severt created this Life Tributes page to make it easy to share your memories.

Send flowers to the Severt family.