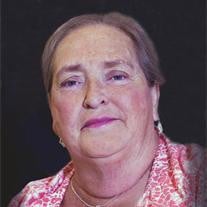 Ernestine Louise Johnson, age 69, of Damascus, Virginia, passed away on Wednesday, June 8, 2011 at Johnston Memorial Hospital in Abingdon, Virginia. She was born in Portsmouth, Virginia and was the daughter of the late Earnest Lewis Compton and Elva Louise Bowden Compton. She had lived in Damascus, Virginia most of her life. Mrs. Johnson was a member of the Damascus Volunteer Rescue Squad and the Washington County Volunteer Rescue Squad. She was a retired employee from Johnston Memorial Hospital. In addition to her parents, she was preceded in death by one son, Earl Morphew.  She is survived by one daughter, Judy Lynn Maier and her husband, Robert L. Arnett, of Newland, North Carolina; three sons, Ernie L. Morphew and his wife, Pam, of Lincolnton, North Carolina, Phillip Lee Morphew of Abingdon, Virginia, and Larry D. Coalson of Damascus, Virginia; a daughter-in-law, Terrie Morphew of Chilhowie, Virginia; 12 grandchildren and 6 great grandchildren.  A time of gathering and remembrance for all visitors will be shared with the family from 3:00 PM to 5:00 PM Sunday, June 12, 2011 at Garrett Funeral Home. A private memorial service will be held for the family at a later date. In lieu of flowers, the family requests memorial contributions be sent to the Town of Chilhowie Fire Department, P.O. Box 5012, Chilhowie, VA 24319. Online condolences may be sent to the family and a memorial video tribute may be viewed by visiting www.garrettfuneralhome.com.  Mrs. Johnson and her family are in the care of Garrett Funeral Home, 203 N. Shady Avenue, Damascus, VA 24236, ph.#: 276-475-3631.

Ernestine Louise Johnson, age 69, of Damascus, Virginia, passed away on Wednesday, June 8, 2011 at Johnston Memorial Hospital in Abingdon, Virginia. She was born in Portsmouth, Virginia and was the daughter of the late Earnest Lewis Compton... View Obituary & Service Information

The family of Ernestine Johnson created this Life Tributes page to make it easy to share your memories.

Send flowers to the Johnson family.