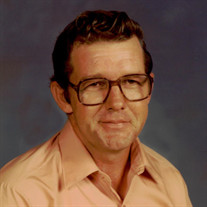 Ernest J. "Bud" Trent, age 73, of Saltville, Virginia passed away on Saturday, June 27, 2015 at his residence. He was a native of Washington County, Virginia and was a son of the late Emmit Lewis Trent and Hattie Elizabeth DeBusk Trent. In addition to his parents, he was preceded in death by his wife, Ruth Coalson Trent; one brother, Clayton Trent; and two sisters, Dorothy Trent and Thelma Trent Wilson. He was a resident of Saltville, Virginia for the past twelve years and was a retired bus driver from Washington County, Virginia School System. He is survived by two sons, Junior Trent of Rural Retreat, Virginia and Kenneth Trent and his wife, Carolyn, of Damascus, Virginia; two step-children, Rocky Coalson and his wife, Teresa, of Piney Flats, Tennessee and Jackie Sexton of Glade Spring, Virginia; one brother, John Trent of Lansing, North Carolina; two special friends and care givers, Carolyn Preston and Carolyn Martin; and several grandchildren, great grandchildren, and nieces and nephews. The family would like to express a special thank you to Hometown Hospice for all the love and care shown to Bud during his illness. The family will receive friends from 12:00 Noon until 2:00 P.M. Thursday, July 2, 2015 at Garrett Funeral Home. A graveside service will follow the receiving of friends on Thursday at Sunset Memorial Park in Damascus, Virginia with Pastors Ozz O'Quinn and Larry Berry officiating. Everyone attending the graveside service is asked to meet at Garrett Funeral Home by 2:00 P.M. Thursday, July 2, 2015 to go in procession to the cemetery. Pallbearers will be Eddie Cross, Josh Testerman, Charlie Kilgore, Scott Harrison, Tim Price, and Jamie Laxson. Honorary Pallbearers will be Michael Smith and Nick Cross. Online condolences for the family may be sent and viewed by visiting www.garrettfuneralhome.com. Mr. Trent and his family are in the care of Garrett Funeral Home, 203 N. Shady Avenue, Damascus, VA 24236; ph.#: (276) 475-3631.

Ernest J. "Bud" Trent, age 73, of Saltville, Virginia passed away on Saturday, June 27, 2015 at his residence. He was a native of Washington County, Virginia and was a son of the late Emmit Lewis Trent and Hattie Elizabeth DeBusk Trent. In... View Obituary & Service Information

The family of Ernest Junior "Bud" Trent created this Life Tributes page to make it easy to share your memories.

Send flowers to the Trent family.