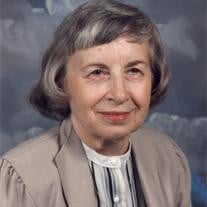 View this Videotribute Elizabeth C. Morris, age 77, of Damascus, Virginia, passed away on Tuesday, June 28, 2005 at her residence. She was a native o f Elizabethton, Tennessee and was a daughter of the late Ernest and Donna Carrier. Mrs. Morris was preceded in death by her husband, James Clarence Morris, sister, Joanne Carrier Tabor, and brother, Ernest Edward Carrier. She attended Carson Newman College and East Tennessee State University. Elizabeth and her husband, Jay came to Damascus in 1953 where he was a pharmacist and she took a job with the Washington County School System as a secretary of the elementary school which she held for 31 years before retiring in 1991. She was a member of the First Baptist Church of Damascus. She is survived by her daughter, Jayne Morris Smith, of Charlotte, North Carolina; granddaughter, Elizabeth Anne Smith, of Charlotte; brothers, Walter Lynn Carrier and his wife, Gail, of Elizabethton, TN and James Allen Carrier and his wife, Norma, of Watauga, TN; sister-in-law, Eleanor Vannoy; brothers-in-law, Robert (Tony) Tabor and his wife, Pat, and Conley E. Morris and his wife, Margaret; a special friend, Clarence DeBusk; nine nieces and nephews. The funeral service will be conducted 8:00 P. M. Thursday, June 30, 2005 at the Garrett Funeral Home Chapel with Rev. Alan McCullough officiating. The committal service and entombment will be 11:00 A. M. Friday, July 1, 2005 in the Chapel of Memories Forest Hill Mausoleum, in Abingdon, Virginia. Flowers will be accepted or memorial contributions may be made to the First Baptist Church, P. O. Box 993, Damascus, VA 24236 or Wellmont Hospice, 280 Steeles Road, Bristol, TN 37620. The family would like to extend a special thanks to her caregiver, Janet Coyne. The family will receive friends from 6-7:45 P. M. prior to the funeral service at Garrett Funeral Home. Online condolences may be sent to the family and a memorial video tribute may be viewed at www.garrettfuneralhome.com. Mrs. Morris and her family are in the care of Garrett Funeral Home, 203 N. Shady Ave., Damascus, VA. 24236, (276)-475-3631.

View this Videotribute Elizabeth C. Morris, age 77, of Damascus, Virginia, passed away on Tuesday, June 28, 2005 at her residence. She was a native o f Elizabethton, Tennessee and was a daughter of the late Ernest and Donna Carrier. Mrs.... View Obituary & Service Information

The family of Elizabeth Morris created this Life Tributes page to make it easy to share your memories.

Send flowers to the Morris family.