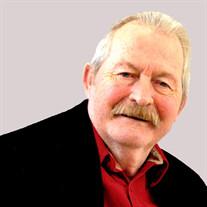 Eddie L. "Ed" Thomas, Sr., age 77, of Glade Spring, VA, passed away on Monday, January 11, 2016 at Johnston Memorial Hospital in Abingdon, VA. He was the son of the late James and Bessie Thomas. In addition to his parents, he was preceded in death by his wife, Sandra Sue Thomas; and five sisters and two brothers. He was a life long resident of Washington County, VA and was the former owner and operator of Thomas Roller Rink in Glade Spring, VA for thirty years before his retirement in 1993. Mr. Thomas enjoyed playing bluegrass music where he played both the guitar and mandolin. He was a member of The Crooked Road and was of the Baptist faith. He is survived by one son, Eddie L. Thomas, Jr. and his wife, Teresa, of Glade Spring, VA; two daughters, Libby Alexander and her husband, Tommy, and Crystal Thomas all of Abingdon, VA; one granddaughter, Brittany Griffith and her husband, Richard, of Abingdon, VA; one step-daughter, Sheri Bowman of Glade Spring, VA; two step-grandchildren, Darius Bowman and his wife, Holly, of Glade Spring, VA and Leslie Weaver and her husband, Paul, of Wytheville, VA; 7 step-great grandchildren; two brothers, Fred Thomas and his wife, Jean, of Rural Retreat, VA and Johnny Thomas and his wife, Carolyn, of Saltville, VA; a special brother-in-law, Don Bott of Glade Spring, VA. The family would like to extend a special thanks to all the nurses and staff of Valley Health Care Center in Chilhowie, VA and also to Ron Mink and Dwayne South. The family will receive friends from 6:00 PM until 8:00 PM Thursday, January 14, 2016 at Garrett Funeral Home. The funeral service will be held at 1:00 PM Friday, January 15, 2016 in the Riverview Chapel at Garrett Funeral Home with Pastor Tim Norris officiating. The committal service and interment will follow at Rush Creek Cemetery in Glade Spring, VA. Pallbearers will be selected from family and friends. Honorary Pallbearers will be Ron Mink, Sam Holbrook, and Bill McCall. Online condolences and memories may be shared with the family and viewed by visiting www.garrettfuneralhome.com. Arrangements especially for Mr. Thomas and his family have been made through Garrett Funeral Home, 203 N. Shady Avenue, Damascus, VA 24236; ph.#: 276-475-3631.

Eddie L. "Ed" Thomas, Sr., age 77, of Glade Spring, VA, passed away on Monday, January 11, 2016 at Johnston Memorial Hospital in Abingdon, VA. He was the son of the late James and Bessie Thomas. In addition to his parents, he was preceded... View Obituary & Service Information

The family of Eddie L. "Ed" Thomas, Sr. created this Life Tributes page to make it easy to share your memories.

Send flowers to the Thomas family.