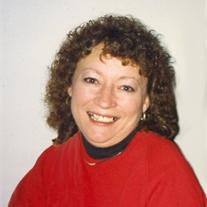 View this Videotribute Drema Kay Fuller, age 52, of Damascus, Virginia passed away Saturday, February 11, 2006 at Johnston Memorial Hospital in Abingdon, Virginia. She was a native of Mountain City, Tennessee, and had lived in Damascus, Virginia for the past twenty-nine years. She was the daughter of the late Barton and Ruth Horne. Mrs. Fuller was an employee of Columbus McKinnon in Damascus and was a member of the One Way Ministries, where she often volunteered with the Damascus Youth Center, It's A God Thing. Her and her husband enjoyed camping and the outdoors, especially spending time camping at the Riverside Campground in Abingdon, Virginia. She is survived by her husband, Jimmy D. Fuller; one daughter, Lisa Dawn Atwood and her husband, Jimmy, of Chilhowie, Virginia; two sisters, Judy Snyder, of Mountain City, Tennessee, and Karen Beasley, of Burlington, North Carolina; two brothers, Mike Horne, of Wetumpka, Alabama, and Randy Horne, of Mountain City, Tennessee; two grandchildren, Adriane Atwood and Rylan Atwood; several nieces and nephews; and her loving dog, Rusty. The funeral service will be conducted at 2:00 P.M. Tuesday, February 14, 2006, in the Garrett Funeral Home Chapel with Rev. Gary Ritchie officiating. The committal service and interment will follow at Sunset Memorial Park in Damascus. Pallbearers will be William Fuller, Junior Fuller, Roger Fuller, David Fuller, Freddie Fuller, Jerry Horne, Jason Fuller, and Billy Fuller. Honorary pallbearers will be Dr. Forrest Swan, the 5th Floor Nursing Staff at Johnston Memorial Hospital, Chaplain Ellie Scofield at Johnston Memorial Hospital, Kevin Johnson, John Garrett, and Buck Sheets. The family will receive friends from 1:00 P.M. to 1:45 P.M. Tuesday prior to the funeral service at Garrett Funeral Home. Condolences may be sent to the family and a video memorial tribute may be viewed at www.garrettfuneralhome.com. Mrs. Fuller and her family are in the care of Garrett Funeral Home, 203 N. Shady Ave., Damascus, Va 24236, 276-475-3631.

View this Videotribute Drema Kay Fuller, age 52, of Damascus, Virginia passed away Saturday, February 11, 2006 at Johnston Memorial Hospital in Abingdon, Virginia. She was a native of Mountain City, Tennessee, and had lived in Damascus, Virginia... View Obituary & Service Information

The family of Drema Fuller created this Life Tributes page to make it easy to share your memories.

Send flowers to the Fuller family.