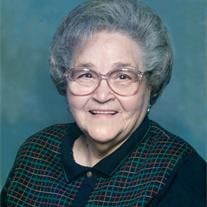 Doris Lanier Isenberg, age 86, of Blountville, Tennessee passed away Wednesday, May 2, 2012 at Indian Path Medical Center in Kingsport, Tennessee after a brief illness.   She was born in Mocksville, North Carolina and moved to Damascus, Virginia as a young child. She lived most of her life in Damascus and graduated from Damascus High School in 1943. She worked for DG Shelter in Atkins, Virginia for 19 years before retiring. She was preceded in death by her parents, Fred and Hilah Lanier; her oldest sister, Jane Orr; and her twin sister, Dorothy Anderson Toon.  She is survived by one brother, Fred Lanier, Jr., and his wife, Ramona, of Tampa, Florida; three children, Donna Isenberg Walker of Bristol, Tennessee, Gilbert (Buddy) Isenberg and his wife, Dorothy, of Bristol, Virginia, and Debbie Shields of Blountville, Tennessee; five grandchildren, David Walker of Corpus Christi, Texas, Diana Walker of Houston, Texas, Christine Isenberg of Los Angeles, California, Tracey Isenberg of Charlotte, North Carolina, and Michael Braly of Redoak, Texas; 2 great grandchildren; also 6 nephews, 3 nieces, and several great nieces and nephews.  The funeral service will be conducted at 1:00 P.M. Friday, May 4, 2012 in the Riverview Chapel at Garrett Funeral Home with Pastor Robby Coggins officiating. The committal service and interment will follow at Sunset Memorial Park, Damascus, Virginia. Pallbearers will be selected from family and friends. The family will receive friends from 6–8:00 P.M. Thursday, May 3, 2012 at Garrett Funeral Home.   Online condolences may be sent to the family and a memorial video tribute may be viewed by visiting www.garrettfuneralhome.com. Mrs. Isenberg and her family are in the care of Garrett Funeral Home, 203 N. Shady Ave., Damascus, VA 24236, ph.#: 276-475-3631.

Doris Lanier Isenberg, age 86, of Blountville, Tennessee passed away Wednesday, May 2, 2012 at Indian Path Medical Center in Kingsport, Tennessee after a brief illness.   She was born in Mocksville, North Carolina and moved to Damascus, Virginia... View Obituary & Service Information

The family of Doris Isenberg created this Life Tributes page to make it easy to share your memories.

Send flowers to the Isenberg family.