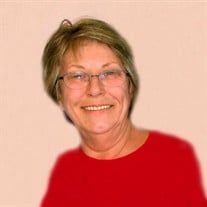 Donna C. Reed, age 66, of Shady Valley, Tennessee passed away on Saturday, October 17, 2015 at Bristol Regional Medical Center, Bristol, Tennessee. She was a daughter of the late Don Long and is survived by her mother, Rosenell Long. In addition to her father, she was preceded in death by a son, Donald Osler Reed; and a sister, Aundra Kay Harlow. She was a native of Pike County, Kentucky and had lived in Shady Valley, Tennessee since 1973. Donna was a 1967 graduate of Belfry High School in Belfry, Kentucky. She was a member of Victory Baptist Church in Shady Valley, Tennessee. She was a beloved wife, mother, and sister and was a friend to everyone that knew her. Donna is survived by her loving husband of forty-four years, Osler Reed, Jr.; one son, Bryan Reed of Shady Valley, Tennessee; one sister, Pamala May and her husband, Rick, of Corbin, Kentucky; one brother, Carroll Ray Long and his wife, Peggy, of Murfreesboro, Tennessee; and several nieces and nephews. The family will receive friends from 7:00 PM until 9:00 PM Monday, October 19, 2015 at Garrett Funeral Home. The funeral service will be conducted at 2:00 PM Tuesday, October 20, 2015 in the Riverview Chapel at Garrett Funeral Home with Pastor Eddie Porter officiating. The committal service and interment will follow at Blevins Cemetery in Shady Valley, Tennessee. Pallbearers will be Kelly Long, Huey Long, Tony Long, Lonnie Long, Chris Long, and Kevin Long. In lieu of flowers, the family is requesting that donations be made to St. Jude Children's Research Hospital, 262 Danny Thomas Place, Memphis, TN 38105 or to the Wounded Warrior Project, P.O. Box 758517, Tepeka, KS 66675. Online condolences for the family may be sent and viewed by visiting www.garrettfuneralhome.com. Mrs. Reed and her family are in the care of Garrett Funeral Home, 203 N. Shady Avenue, Damascus, VA 24236; ph.#: (276) 475-3631.

Donna C. Reed, age 66, of Shady Valley, Tennessee passed away on Saturday, October 17, 2015 at Bristol Regional Medical Center, Bristol, Tennessee. She was a daughter of the late Don Long and is survived by her mother, Rosenell Long. In addition... View Obituary & Service Information

The family of Donna C. Reed created this Life Tributes page to make it easy to share your memories.

Send flowers to the Reed family.