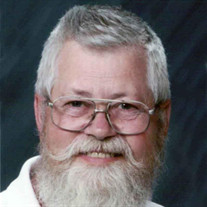 Donald Eugene "Don" Widener, 79, of Damascus, VA passed away on Friday, December 15, 2017 in the Bristol Regional Medical Center, Bristol, TN following an extended illness of many years. He was born in Glade Spring, VA on June 23, 1938, a son of the late Kermit Bishop Widener, Sr. and Hazel Poole Widener. In addition to his parents, he was preceded in death by two brothers, James Phillip Widener and Kermit Bishop Widener, Jr.; and an aunt, Mildred Cole Widener, with whom he spent many summers in Widener's Valley. During his childhood, he had lived in Pocahontas, VA and graduated from Pocahontas High School. After graduating, he entered service in the U.S. Air Force and served during the Vietnam Era. After service, he returned back home to Damascus, VA in 1965. He was a former employee of Sperry Univac and later at Hapco. He was a member of Zion United Methodist Church in Damascus, VA. Don is survived by his loving wife of 51 years, Mary Eleanor Wright Widener; a son, Nathan Grant Widener; two daughters, Susan Widener Harrison and her husband, Larry, and Valeria Widener Caldwell and her husband, Scott; one grandson, Jacob Cole Caldwell and his girlfriend, Taylor Moore; a "granddaughter", Brianna Bailey; two brothers, Stanley Widener and his wife, Carolyn, and Larry Widener, and his wife, Karen; one sister, Nancy Schoffstall and her husband, Ken; a sister-in-law, Lorraine Widener; a brother-in-law, Buford Harold Wright and his wife, Carolyn; one aunt, Mary Alice Widener; and several nieces, nephews, and cousins. The family will receive friends from 1:00 PM until 2:45 PM Sunday, December 17, 2017 at Garrett Funeral Home or at any other times at the residence of his daughter, Valeria, at 31320 Wright Road, Damascus, VA. The funeral service will be conducted at 3::00 PM Sunday, December 17, 2017 in the Riverview Chapel at Garrett Funeral Home with Rev. James Oxendine and Rev. Larry Widener officiating. At the request of Don and his family, he will be cremated and his ashes will later be placed with his wife's ashes at the time of her death and they will be laid to rest together in their family plot at Bishop-Rush Creek Cemetery in Glade Spring, VA. In lieu of flowers, the family is requesting that donations be made to Bishop-Rush Creek Cemetery, c/o John M. Bishop, 17313 Colgate Drive, Glade Spring, VA 24340 or to a favorite charity of one's choice. Condolences for the family may be sent and viewed by visiting www.garrettfuneralhome.com. Mr. Widener and his family are in the care of Garrett Funeral Home, 203 N. Shady Ave., Damascus, VA 24236; ph.#: (276) 475-3631.

Donald Eugene "Don" Widener, 79, of Damascus, VA passed away on Friday, December 15, 2017 in the Bristol Regional Medical Center, Bristol, TN following an extended illness of many years. He was born in Glade Spring, VA on June 23, 1938, a... View Obituary & Service Information

The family of Donald Eugene "Don" Widener created this Life Tributes page to make it easy to share your memories.