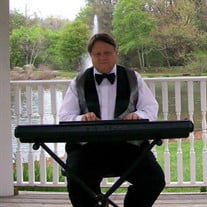 Donald Curtis DeBusk, 79, of Bluff City, Tennessee went to heaven to be with his Lord and Savior on Sunday, November 27, 2016 in the NHC Healthcare of Johnson City, TN following an extended illness. He was born in Smyth County, Virginia and was a son of the late Rev. Berton DeBusk and Rosa Simcox DeBusk. In addition to his parents, he was preceded in death by a granddaughter, Ashley Kate; two brothers, Dewey DeBusk and B.F. DeBusk; and three sisters, Margaret Jackson, Louise Taylor, and Stella Stephon. He was a resident of Bristol for the past 55 years. Donald graduated as the first music major from Emory & Henry College in 1960. He was involved in music both in public schools and also director of church choirs. He was a member of the Bristol Concert Choir for many years. For the last thirty years of his life, he was owner of DeBusk Associates selling church products. He was a member of The Wedding Planners of Blowing Rock, NC. He was of the Methodist faith. Donald is survived by his loving wife of 55 years, Barbara Garrett DeBusk; two daughters, Pamela Cornett and her husband, Chad, of Morristown, TN and Debra DeBusk and her fiance, Jeff Sheridan, of Goose Creek, SC; five grandchildren, Justin Kate, Brandon Kate, Kayla Hertzog, Andrew Cornett, and Erica Cornett Dickenson; one sister, Charlotte Yarbrough and her husband, Joe, of Bristol, TN; and several special nieces and nephews. The family will receive friends from 6:00 PM until 7:45 PM Tuesday, November 29, 2016 at Garrett Funeral Home. The funeral service will follow at 8:00 PM Tuesday in the Riverview Chapel at Garrett Funeral Home with Pastor Chase Grubb officiating. Music will be under the direction of Jeremy Garrett. The committal service and interment will be conducted at 11:00 AM Wednesday, November 30, 2016 at Knollkreg Memorial Park in Abingdon, VA. Honorary Pallbearers will be Justin Kate, Brandon Kate, Andrew Cornett, Chad Cornett, Nick Dickenson, Jeff Sheridan, and Bill Brent. Online condolences for the family may be sent and viewed by visiting www.garrettfuneralhome.com. Mr. DeBusk and his family are in the care of Garrett Funeral Home, 203 N. Shady Ave., Damascus, VA 24236; ph.#: (276) 475-3631.

Donald Curtis DeBusk, 79, of Bluff City, Tennessee went to heaven to be with his Lord and Savior on Sunday, November 27, 2016 in the NHC Healthcare of Johnson City, TN following an extended illness. He was born in Smyth County, Virginia and... View Obituary & Service Information

The family of Donald Curtis DeBusk created this Life Tributes page to make it easy to share your memories.

Send flowers to the DeBusk family.