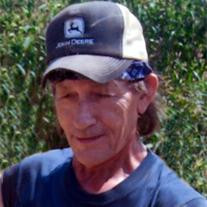 Dennis E. Widener, age 59, of Damascus, Virginia went home to be with the Lord on Tuesday, June 8, 2010 at his residence after a short battle with cancer. He was a life long resident of Washington County, Virginia and was a devoted farmer. He... View Obituary & Service Information

The family of Dennis Widener created this Life Tributes page to make it easy to share your memories.