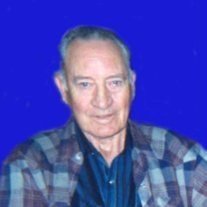 David C. Morefield, age 89, of Damascus, Virginia passed away on Friday, February 8, 2013 at Valley Health Care Center in Chilhowie, Virginia. He was a native of Washington County, Virginia and was the son of the late Joe and Emma Proffitt Morefield. He was a veteran of the U.S. Army and was a P.O.W. during World War II. He was a member of the V.F.W. Post # 9830 and the American Legion Post # 0135. He was a member of the Church of Christ in Damascus, Virginia. In addition to his parents, he was also preceded in death by his wife, Irene Winters Morefield; two brothers and three sisters. He is survived by three sons, Charles R. Morefield and his wife, Doris, of Glade Spring, Virginia, David G. Morefield and his companion, Thelma Wright, and Wayne L. Morefield and his wife, Vickie, all of Damascus, Virginia; one sister, Ursula McKay and her husband, Raymond, of Buffalo, New York; one brother, Ed L. Morefield of Buffalo, New York; three grandchildren, David Wayne Morefield and his companion, Tiffany, Bobby L. Blevins and his wife, Robin, and Patricia A. Smith; five great grandchildren; seven great great grandchildren; and several nieces and nephews. The funeral service will be conducted at 2:00 P.M. Monday, February 11, 2013 at the graveside at Sunset Memorial Park in Damascus, Virginia with Rev. Warren Wilson officiating. Military Graveside Rites will be conducted by the Highlands Veterans Honor Guard and the Virginia National Guard Honor Guard. In lieu of flowers, the family requests memorial contributions be sent to the Penny F. Garrett Sarcoma Foundation, 29394 Zion Church Road, Damascus, VA 24236. The family will receive friends from 6:00 P.M. to 8:00 P.M. Sunday, February 10, 2013 at Garrett Funeral Home. Online condolences may be sent to the family and a memorial video tribute may be viewed by visiting www.garrettfuneralhome.com. Mr. Morefield and his family are in the care of Garrett Funeral Home, 203 N. Shady Ave., Damascus, VA 24236, ph.#: 276-475-3631.

David C. Morefield, age 89, of Damascus, Virginia passed away on Friday, February 8, 2013 at Valley Health Care Center in Chilhowie, Virginia. He was a native of Washington County, Virginia and was the son of the late Joe and Emma Proffitt... View Obituary & Service Information

The family of David C. Morefield created this Life Tributes page to make it easy to share your memories.