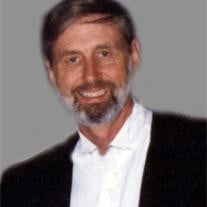 DARRIEL DEAN LOONEY, age 65, of Damascus Virginia passed away Tuesday, May 10, 2011 at his residence. He was a native of Buchanan County, Virginia and had lived in Fairborn, Ohio for 18 years prior to moving to Damascus, Virginia in February of 2011. He is a son of the late Crockett Looney and is survived by his mother, Mary V. Looney of Abingdon, Virginia. He was a veteran of the U.S. Army and retired in December of 2010 from Wright Patterson Air Force Base as a civil engineering mechanic. In addition to his father, he was also preceded in death by a son-in-law, Jackie Cowan; and a brother-in-law, Jackie F. Owens.  In addition to his mother, he is also survived by one daughter, Cynthia Ann Looney Cowan of Damascus, Virginia; two grandsons, Matthew Charles Cowan of the home, and Joshua Lee Cowan of Peterson Air Force Base in Colorado Springs, Colorado; five sisters, Emma Gay Ramey and her husband, William, of Saltville, Virginia, Jearlene Belcher and her husband, Paul, of Elkhorn City, Kentucky, Betty Mullins and her husband, Dennis, of Grundy, Virginia, Selma Long and her husband, Jim, of Ocala, Florida, and Debra Wolford and her husband, William, of Marion, Virginia; one brother, Jessie Looney of Maxie, Virginia; several nieces and nephews; and his special pet dog, Mack.  The funeral service will be conducted at 8:00 PM Thursday, May 12, 2011 in the Riverview Chapel at Garrett Funeral Home with Rev. Wayne Guynn officiating. The family will receive friends from 6:00 PM to 7:45 PM Thursday prior to the funeral service at the funeral home. The committal service and interment will be at 11:00 AM Friday, May 13, 2011 at Sunset Memorial Park in Damascus, Virginia with military graveside rites conducted by Highlands Veterans Honor Guard and Virginia National Guard Honor Guard. Online condolences may be sent to the family and a memorial video tribute may be viewed by visiting www.garrettfuneralhome.com. Mr. Looney and his family are in the care of Garrett Funeral Home, 203 N. Shady Avenue, Damascus, VA 24236, ph.#: 276-475-3631.

DARRIEL DEAN LOONEY, age 65, of Damascus Virginia passed away Tuesday, May 10, 2011 at his residence. He was a native of Buchanan County, Virginia and had lived in Fairborn, Ohio for 18 years prior to moving to Damascus, Virginia in February... View Obituary & Service Information

The family of Darriel Looney created this Life Tributes page to make it easy to share your memories.

Send flowers to the Looney family.