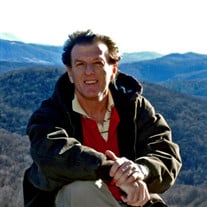 Charles Ricky Campbell, age 58, of Sandpoint, Idaho passed away on Sunday, February 21, 2016 in the James H. Quillen V.A. Medical Center, Mountain Home, Tennessee following an extended illness. He was born in Baltimore, MD and had lived in Sandpoint, ID since June 2014. Ricky had lived in 54 other locations throughout the United States, as he loved to travel. He is the son of Robert O. Campbell of Damascus, VA and the late Erma Fleenor Campbell. He was a veteran of the U.S. Air Force and was a retired purchasing agent with the Department of Defense. In addition to his father, Ricky is survived by his loving wife, Joy Campbell; one son, Brian Campbell and his wife, Ashley, of Abingdon, VA; four sisters, Sarah Campbell and Pat Campbell both of Abingdon, VA, Teresa Campbell of Tucson, AR, and Becky Campbell and her husband, Joe Leonard, of Bluff City, TN; three brothers, Tony Campbell and his wife, Susan, of Fall Branch, TN, Rob Campbell and his wife, Kathy, of Damascus, VA, and Chris Campbell of Kingsport, TN; and several nieces and nephews. A private memorial service for the family will be conducted at a later date. Online condolences for the family may be sent and viewed by visiting www.garrettfuneralhome.com. Mr. Campbell and his family are in the care of Garrett Funeral Home, 203 N. Shady Avenue, Damascus, VA 24236; ph.#: (276) 475-3631.

The family of Charles Ricky Campbell created this Life Tributes page to make it easy to share your memories.