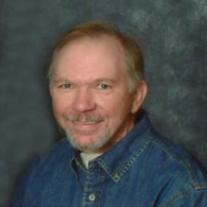 Calvin H. Hash, age 51, of Taylor Valley, Virginia, passed away Friday, January 4, 2013 at his residence. He had lived in Washington County, Virginia most all of his life and is the son of Tracy and Opal Hash of Taylor Valley, Virginia. He was a veteran of the U.S. Army and was a member of the Disabled American Veterans. He retired from Columbus McKinnon and was a member of Taylor Valley Church of Christ. He was preceded in death by a grandchild, Peyton Steffey; and a brother, Rodger Hash. In addition to his parents, he was also survived by his wife, Sarah Ann Hash; two daughters, Teresa Dixon and her husband, Justin, of Damascus, Virginia, and Sarah Lynn Hash and her husband, Myron Steffey, of Abingdon, Virginia; three sons, Tommy Hash and his wife, Jessica, of Bluff City, Tennessee, and Samuel Suddeth and Benjamin Suddeth of the home; two brothers, Mark Hash and his wife, Eva, of Taylor Valley, Virginia and David Hash of Laurel Bloomery, Tennessee; eight grandchildren, Taylor, Bella, Sarah Elizabeth, Johnathan, Mason, Maggie, Lexi, and Abby; and several nieces and nephews. The funeral service will be conducted at 2:00 P.M. Monday, January 7, 2013 at Taylor Valley Church of Christ with Mr. Maurice Widener, minister officiating. The committal service and interment will follow at Jackson-Lewis Cemetery in Taylor Valley, Virginia with military graveside rites conducted by the Highlands Veterans Honor Guard and the Virginia National Guard Honor Guard. Pallbearers will be Tommy Hash, James Richardson, Lloyd Blevins, Delmar Parks, Darrell Kell, and John Lowe. Honorary pallbearers will be Jim Hayes and Walt Barron. In lieu of flowers, the family requests memorial contributions be sent to the Taylor Valley Church of Christ, c/o Mark Hash, 23607 Taylor Valley Road, Damascus, VA 24236. The family will receive friends from 6:00 PM to 8:00 PM Sunday, January 6, 2013 at Garrett Funeral Home. Online condolences may be sent to the family and a memorial tribute may be viewed by visiting www.garrettfuneralhome.com. Mr. Hash and his family are in the care of Garrett Funeral Home, 203 N. Shady Ave., Damascus, VA 24236, (276)-475-3631.

The family of Calvin H. Hash created this Life Tributes page to make it easy to share your memories.