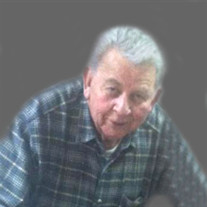 Blake R. “Bud” Price, Jr., age 79, of Damascus, Virginia passed away on Friday, June 6, 2014 in Damascus, Virginia. He was a life long resident of Damascus, Virginia and was a son of the late Blake and Carrie Price. He was a retired brick mason, was an avid outdoorsman and loved hunting and fishing. He was of the Baptist Faith. In addition to his parents, he was preceded in death by one brother, Thomas L. Price; and one sister, Linda “Mia” Wright. He is survived by his wife of 53 years, Polly Price; one sister, Virginia P. Austin of Abingdon, Virginia; three brothers, Paul E. Price of Shreve, Ohio, Ronald R. Price of Abingdon, Virginia, and David K. Price of Blowing Rock, North Carolina; and several nieces and nephews. A memorial service will be conducted at 1:00 P.M. Friday, June 13, 2014 at the graveside at Sunset Memorial Park in Damascus, Virginia with Rev. Garnet Rogers officiating. There will be no viewing or visitation at the funeral home. In lieu of flowers, the family requests memorial contributions be sent to the Damascus Volunteer Rescue Squad, P.O. Box 458, Damascus, VA 24236, St. Jude Children’s Research Hospital, 262 Danny Thomas Place, Memphis, TN 38105, or to the Penny F. Garrett Sarcoma Foundation, 29394 Zion Church Road, Damascus, VA 24236. Online condolences may be sent to the family and viewed by visiting www.garrettfuneralhome.com. Mr. Price and his family are in the care of Garrett Funeral Home, 203 N. Shady Ave., Damascus, VA 24236, ph.#: 276-475-3631.

The family of Blake R. "Bud" Price Jr. created this Life Tributes page to make it easy to share your memories.

Send flowers to the Price family.