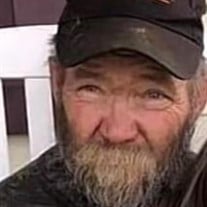 Billy “Peach” Joe Jenkins, 60, passed away during the evening hours of Friday (April 22, 2022) following an extended illness. Peach was born on July 5, 1961 in Abingdon, VA to the late Billy Joe & Emma Lee “South” Jenkins Weaver. Peach enjoyed the simplicity of life, he enjoyed being outdoors especially mowing, football, NASCAR Racing, and was an avid Tennessee Fan. Peach was a loving father, grandfather, brother, uncle, and friend; he will be greatly missed. In addition to his parents, Peach was preceded in death by his step-father, BJ Weaver; and brother, Kenneth “Hester” Jenkins. Left to cherish his memory are his daughter, Logan Meredith & husband Cody; bonus daughters, Hannah Bennett, Patrisha Bryant, and Callie Dickens; three grandchildren, Miya Meredith, Ada Meredith, and Benjamin Tarleton; sister, Angie Fritz; two brothers, Jeff and Brian Jenkins; ex-wife, Sandra Hawks; several nieces, nephews, and a host of friends. A Celebration of Life Service will be held at a later date. The family would like to extend a special thank you to the Shady Valley Community for the kind and compassionate care that was both given and shown to Peach in his time of need. Online condolences may be made to the Jenkins family at www.garrettfuneralhome.com. Garrett Funeral Home has the honor of serving the Jenkins family.

The family of Billy "Peach" Joe Jenkins Jr. created this Life Tributes page to make it easy to share your memories.

Billy “Peach” Joe Jenkins, 60, passed away during the evening...

Send flowers to the Jenkins family.